Some of the greatest leaders and CEOs share very similar qualities and traits. There are so many factors that contributed to their success. We might not be able to reproduce their exact skills or knowledge, but we can gain their qualities! Below is your quality checklist:

Many of the greatest CEOs, including Ken Iverson, Mark Zuckerberg, Warren Buffett and Chuck Feeney are very quiet and modest individuals.

In fact, Zuckerberg doesn’t wear fancy chains or shoes, but wears a hoodie and t shirt to work. He plans to give away 98% of his Facebook stock during his lifetime. 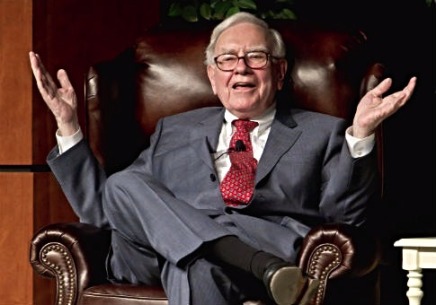 Warren Buffett still lives in his 50 year-old home in Omaha he bought for $31,500. For a long time, he drove a 2006 Cadillac DTS. Already donating more than $21 billion, he plans to donate more than 99% of his fortune.

Chuck Feeney, Co-Founder of Duty Free Shoppers, nearly donated his whole fortune, an estimated $7 billion to various education and health organizations. He even wears an under $15 Casio watch during interviews. His estimated worth today is $2 million.

Own up to your mistakes.

Top CEOs will acknowledge when they have made a mistake. No one is perfect and mistakes are part of learning.
Warren Buffett publicly speaks out about his mistakes. Of course, admitting is not enough, you must prepare a course of action so mistakes do not repeat themselves.
“Most of you have never heard of Energy Future Holdings. Consider yourselves lucky; I certainly wish I hadn’t…About $2 billion of the debt was purchased by Berkshire, pursuant to a decision I made without consulting with Charlie. That was a big mistake”… “we suffered a pre-tax loss of $873 million. Next time I’ll call Charlie.”
-Berkshire Hathaway Annual Letter 2013

The greatest CEOs have always credited the individuals whom contributed to the company. They seldom spoke about themselves during interviews and when they did, they never boasted.Be humble and understanding. The expert was once a beginner:
“Don’t be in a hurry to condemn because he doesn’t do what you do or think as you think or as fast. There was a time when you didn’t know what you know today.”
– Malcom X

“Without passion, you don’t have energy, without energy, you have nothing.”
– Warren Buffett
Many of the greatest entrepreneurs and CEOs work in fields they love. Bill Gates loves computers and the technology sector. Warren Buffett loves investing and businesses. Richard Branson has a passion for space and innovations. Steve Jobs had a passion for simple innovations.
“…the only way to do great work, is to do love what you do. If you haven’t found it yet, keep looking. Don’t settle. As with all matters of the heart, you’ll know when you find it”.
– Steve Jobs
With passion, comes continuous learning.
A true passion of a subject will drive you to learn everything you can about it. To be curious and to master it. To continuously innovate and envision.
“Vision is perhaps our greatest strength… it has kept us alive to the power and continuity of thought through the centuries, it makes us peer into the future and lends shape to the unknown.”
-Li Ka Shing

“You are right not because others agree with you, but because your facts and reasonings are sound.”
-Benjamin Graham
The greatest leaders were never afraid to stand alone, go against the status quo and defend their beliefs. They are able to ignore the noise and concentrate on the facts and their own ideas. They don’t allow the opinion other’s to drown out their own.
Steve Jobs believed and stood firm on his designs when they were deemed unconventional and highly probable to fail.
Warren Buffett bought shares of companies (such as Goldman Sachs) during the financial meltdown in 2007-2008 while everyone else was selling and panicking. Learning to hold your head in while everyone else is losing theirs is crucial. One contributing factor that will help you in times of mayhem is emotional intelligence.
“The key to success is emotional stability.” -Warren Buffett

“Notice how the stiffest tree is most easily cracked, but the bamboo or willow survives by bending with the wind.”
-Bruce Lee
The top of the food chain has seen it all; from the flash- crash in 1987, dot-com bust, the sub-prime mortgage crisis to falling crude oil prices (again): their company will go through hell, but they adjusted their strategies and afterwards, not only survived, but excelled. Change when the facts change and always having the ability to adapt will help you overcome unforeseen obstacles.
“In Chinese we have a saying: If you want to be successful, whatever your business or position, you need to accept different opinions and different people.”
– Li Ka-Shing
Viewing the opinions of peers and competitors will always be beneficial. The more knowledge, the better your chances are at success. The open-minded individual is able to extract ideas from all sources; studying their weaknesses and strengths may contribute to innovative ideas.
“Why did the Yangtze become a long river? It’s because it can accept smaller rivers and become big.”
-Li Ka-Shing

“Patience is a key element of success.” – Bill Gates
These are self-explanatory qualities. Rome wasn’t built in a day, neither was Microsoft, Apple or Berkshire Hathaway. The latter required more than 50 years of consistently good management and decision making for it to become the giant it is today.
It takes time to master skills, to implement business strategies and to see results. Long term objectives paired with persistent day to day actions are key.
“The stock market is designed to transfer money from the active to the patient.”
– Warren Buffett
Notice that the qualities of some of the greatest CEOs are very simple. Nothing too fancy requiring excessive human intellect (lucky for us, eh?).
Here is a quick summary:
1. Humility: Practice humility. Be Humble and give back when you can.
2. Passion: Be passionate, love what you do. It will give you the energy to excel in it.
3. Independent thinking: Think for yourself, know the facts and stand your ground when
needed.
4. Be open-minded: be open to new knowledge, be curious and also have the willingness to adapt when needed.
5. Patience: Great things take time to build. It’s not gonna be easy, but nothing of value comes easy. Time is the ally of the one who is passionate and willing to learn.
I would recommend the following combination on leadership:
–The Outsiders by William N. Thorndike
–Good To Great by Jim Collins
–The 7 Habits of Highly Effective People by Stephen R. Covey
–The Boston Consulting Group on Strategy by Carl W. Stern & Michael S. Deimler
Of course, JMO (just my opinion) Cheers 🙂
Loading Comments...